Is your criminal record clear? You might think the answer is very straightforward. However, there is a huge deal on confusion about what exactly is recorded about us on the police database. The police hold lots of information which isn’t necessarily connected with criminality. For example, if you are a driver, they can look up your driving licence details. If you are applying for disclosure checks, it all gets a lot more complicated. Most people are aware that convictions and cautions will be disclosed on the certificate. But what about other stuff like charges, motoring fences and acquittals? 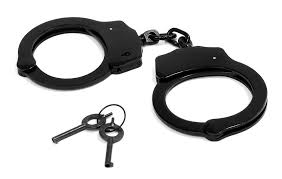 Aquittal is a legal term. If you are arrested, charged and then found not guilty in a court, this is an acquittal. In practical terms, it’s just the same as a not guilty verdict. You walk free from the court, and resume your everyday life. However, the police don’t erase the information about your arrest and trial from their computer system. When it comes to disclosure checks, whether or not it will be disclosed will depend on the type of check. Basic checks just show someone’s current, unspent criminal record. Someone who has been acquitted of a crime has no convictions and their DBS certificate will show that fact. However, standard and enhanced DBS checks have a higher level of detail. Police may choose to disclose further information like arrests, intelligence or acquittals if they feel they are relevant. Whether or not something is relevant will depend on the type of work under consideration. There are no hard and fast rules in this regards. A senior police officer will make the judgement call based on the circumstances in each case. This is not a matter which is taken lightly or something left to a junior member of staff. Information which has been filtered out of your DBS check will not be referred to on your certificate in any way.

To complicate matters further, the system is different north of the border. If you are applying for disclosure checks in Scotland, the same rules apply that some acquittals and arrests will show on more detailed certificates if deemed relevant. There are however two types of acquittal possible in the Scottish courts. One is a straight not guilty verdict. The other is “not proven” which is peculiar to the Scottish legal system. Not proven means that the jury felt there was insufficient evidence to prove the case one against the defendant, so they have to be acquitted.

In order to be acquitted of something, you have to go through several stages first. Police have to arrest you, question you and gather evidence. Then the evidence is looked at by the Crown Prosecution Service (CPS) They decide whether there is enough proof to have a good chance of being convicted in the courts. Only then does a case go forward to trial. It may be that police never put a case forward to the CPS for charging. Alternatively, the CPS might think the level of evidence does not reach their standards. Either way, you’ll be set free but the information won’t be wiped from your record.

There is an ongoing legal discussion about what sort of information should be disclosed and what should be kept secret. This is what is known as filtering. On one hand are ex-offenders charities who think that the police should disclose less, to allow people a fresh start. The other opposing view is that everything should be disclosed when the roles involve children or vulnerable adults. There is no right and wrong in this argument. Currently, the trend is for the police to take a more lenient line on filtering out the more serious or older information when preparing disclosure checks. However, this strategy may well change at some point in the future. Information about acquittals or arrests without convictions are far more likely to be filtered out than something which has actually resulted in a conviction. If you are concerned about something which might show up on a disclosure check, get advice from a rehabilitation charity.